We need to believe in the myth of the “wild” rumspringa as seen on TV because otherwise, we’d have to reckon with the fact that large numbers of children in the United States are denied an adequate education, stripped of their agency, and funneled into the Amish way of life with no consideration for their desires and rights. 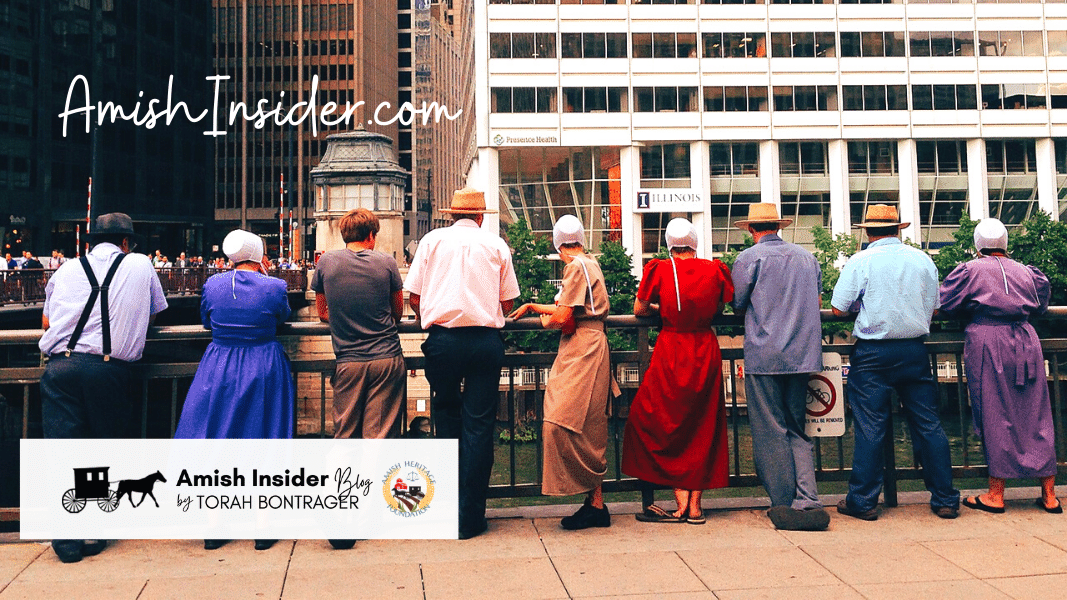 Orange is the New Black. Breaking Amish. Amish in the City. Amish Mafia. Hollywood loves talking about the Amish. A religious sect with distinctive dress and a culture shaped by removal from the mainstream that also gets coded as regarded as white. They are “other” but they are not racialized in the same way that other minority groups in the United States are. Yet, they still have cultural differences from the mainstream that writers and producers can glom onto to make compelling TV, which showcases just how ‘weird’ and ‘other’ ‘these people’ are.

A favorite lazy, clichéd, and misappropriated narrative plot is the grossly fetishized idea of rumspringa perpetuated by pop culture. That fantasy claims that Amish teens have the freedom to genuinely check out mainstream American society and then genuinely choose whether or not to stay in the religion. That’s blatantly false.

According to Torah Bontrager, The Amish Heritage Foundation’s Founder and Executive Director, in the article 4 Popular Myths About the Amish That Every Person Should Stop Believing:

What rumspringa means literally is “running around” and it refers to a period of time. That’s it. It’s the period of time from age 16 or 17 (depending on the specific community you come from) until you get married inside the Church.

No matter what community you come from, it’s always understood that you are never to leave the religion. Your only “choice” is to get baptized and remain a member of the Amish Church* for the rest of your life. We’re neither encouraged nor supported to look into alternatives to the Amish Church.

*There’s a loophole in the religion that allows a baptized Amish person to transfer out of the Amish Church and into a very short list of other fundamentalist/conservative Anabaptist religions. But it’s not something that’s commonly known about and the vast majority of Amish children and youth grow up under the belief that there’s no safe exit from the religion, an exit that doesn’t put them at risk (or certainty) of going to hell.

During rumspringa, Amish girls and boys are . . .

. . . part of the youth group, with the expectation that boys quickly select a future wife. Girls are considered old maids by age 22.

Since most Amish live in extremely rural areas, in small communities, there are not actually that many other teens around. Furthermore, any money that an Amish child has earned up until that point — rumspringa — and continues to earn until age 21 goes directly to their father (unless they are married before that age or they’re a boy whose father allows him to keep his own earnings at an earlier age), according to Torah Bontrager in her memoir Amish Girl in Manhattan and article This Devastating Lawsuit Destroys Your Right to Learn. In a small community, with no money, and the family horse being your main method of transportation, the opportunities for rebellion are slim.

Of course, this doesn’t make for very dramatic television. Instead, TV would have us believe that rumspringa is a time for wild parties, sex, drugs, and rock ‘n roll, explicitly encouraged and approved of by Amish adults and the Amish religion.

The myth is that rumspringa is a time in which Amish teens are encouraged to explore the outside world, taste the forbidden fruit, and make an informed, thoughtful decision about whether or not to remain in the Church. Their parents might hope that their children will stay, but they would never do anything to prevent them from learning about and becoming part of the outside world.

Except that story is just a myth.

The rules (religious laws and cultural norms) are not erased for Amish teens during this time. For example, teens are actively prevented from going to school for fear that they would learn something that contradicts Church teachings, gain skills that would allow them to leave the Church and survive, etc. Teens are actively prevented from carefully and logically considering whether to get baptized or not — because they were prohibited from acquiring critical thinking and reasoning skills in Amish school. The only option teens have that is supported and embraced by the religion is to remain practicing Amish; to even consider otherwise is a betrayal worthy of punishment and further restrictions.

We need to believe in the myth of the “wild” rumspringa as seen on TV because otherwise, we would have to reckon with the fact that large numbers of children in the United States are denied an adequate education, stripped of their agency, and funneled into the Amish way of life with no consideration for their desires and rights. The misconstrued and misappropriated portrayals of rumspringa help to preserve the myth that staying a practicing Amish is always a positive, well-considered genuine choice — and never a situation driven by the need to survive and resulting from coercion from those around you.

This narrative allows us to consistently ignore wrongdoings by some of those in the Amish community and place the Amish as a group outside of the law, not beholden to other requirements — because they already have a supposedly functioning system that supposedly protects everyone. In the same way that television presents the Amish as “other” for entertainment value, the court decision Wisconsin v. Yoder declared the Amish as “other” in order to justify giving parents the right to deny their children an adequate education. In order to defend the right to education and move forward on a more just path, both versions of this “otherness” must be unpacked and unlearned.