Why Don’t the Children Get a Choice? Parents’ Freedom in Wisconsin v. Yoder

"[Amish] children must acquire Amish attitudes favoring manual work and self-reliance and the specific skills needed to perform the adult role of an Amish farmer or housewife. They must learn to enjoy physical labor.” 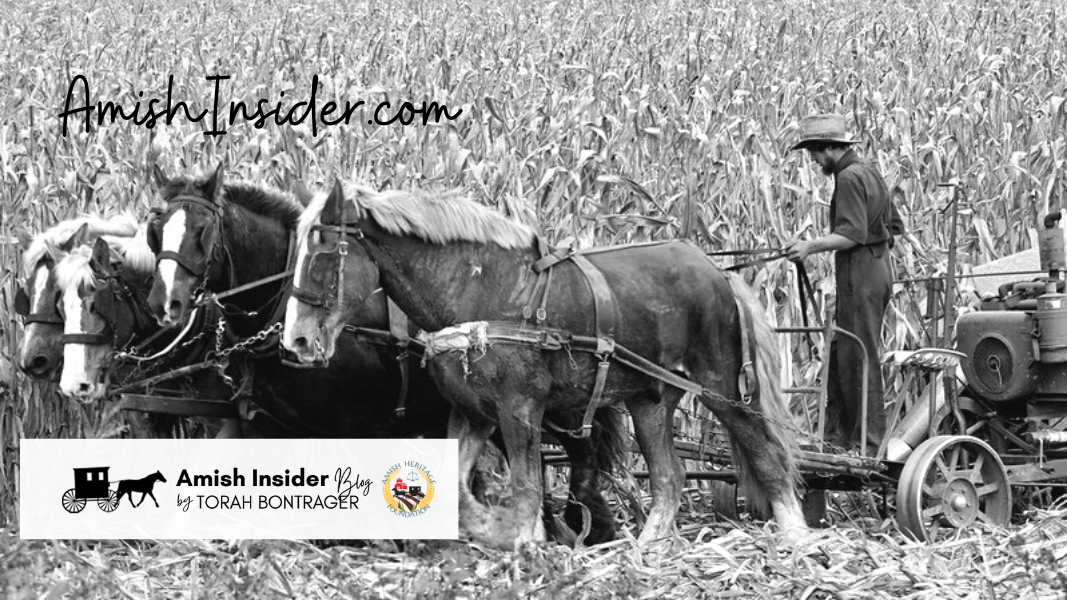 As part of my Amish culture training, I first listened to the 1-hour oral hearing, or argument, of the US Supreme Court case Wisconsin v. Yoder. I then read the Wisconsin v. Yoder case summary, which provided further insight into the many holes in the argument against Amish children’s right to education after the 8th grade.

In its decision in favor of Yoder, the US Supreme Court held four points:

1. “The State’s interest in universal education is not totally free from a balancing process when it impinges on other fundamental rights, such as those specifically protected by the Free Exercise Clause of the First Amendment and the traditional interest in parents with respect to the religious upbringing of their children.”

In other words, the state may not put a child’s education above a parent’s religious objection to education, which means that today any parent (not just Amish) can claim a religious freedom exemption to prevent their child from learning how to even read.

2. “Respondents have amply supported their claim that enforcement of the compulsory formal education requirement after the eighth grade would gravely endanger if not destroy the free exercise of their religious beliefs.”

In other words, educating a child after the 8th grade infringes on a parent’s religious rights and . . .

3. “Aided by a history of three centuries as an identifiable religious sect and a long history as a successful and self-sufficient segment of American society, the Amish have demonstrated the sincerity of their religious beliefs, the interrelationship of belief with their mode of life, the vital role that belief and daily conduct play in the continuing survival of [traditional] Amish communities, and the hazards presented by the State’s enforcement of a statute generally valid to others. Beyond this, they have carried the difficult burden of demonstrating the adequacy of their alternative mode of continuing informal vocational education in terms of the overall interests that the State relies on in support of its program of compulsory high school education. In light of this showing, and weighing the minimal difference between what the State would require and what the Amish already accept, it was incumbent on the State to show with more particularity how its admittedly strong interest in compulsory education would be adversely affected by granting an exemption to the Amish.”

In other words, Amish farm work is equivalent to secondary education or a formal, secular vocational education. And the world will never change; everything will be exactly the same in 2021 as it was in 1972. Amish children will never have to worry about Big Ag or agricultural technology competing with farming with horses.

4. “The State’s claim that it is empowered, as parens patriae, to extend the benefit of secondary education to children regardless of the wishes of their parents cannot be sustained against a free exercise claim of the nature revealed by this record, for the Amish have introduced convincing evidence that accommodating their religious objections by foregoing one or two additional years of compulsory education will not impair the physical or mental health of the child, or result in an inability to be self-supporting or to discharge the duties and responsibilities of citizenship, or in any other way materially detract from the welfare of society.”

In other words, Amish farm work is equivalent to secondary education or a formal, secular vocational education. And the world will never change; everything will be exactly the same in 2021 as it was in 1972. Amish children will never have to worry about Big Ag or agricultural technology competing with farming with horses.

Being Knowledgeable Makes You a Bad Person

In paragraph 6, the case summary states:

“[The Amish] view secondary school education as an impermissible exposure of their children to a ‘wordly’ influence in conflict with their beliefs.

The high school tends to emphasize intellectual and scientific accomplishments, self-distinction, competitiveness, worldly success, and social life with other students.

Amish society emphasizes informal learning-through-doing; a life of ‘goodness,’ rather than a life of intellect; wisdom, rather than technical knowledge, community welfare, rather than competition; and separation from, rather than integration with, contemporary worldly society.”

The claims in this paragraph paint progress and intelligence as something inherently detrimental to Amish children. The belief that “worldly success” is sinful prevents an Amish child from having a future of their choosing. Even when the child is an adult, they continue to be forbidden from attaining more education.

The Amish emphasize obeying and not questioning the laws of the religion. The child will not have the opportunity to even know about scientific accomplishments, developments, or competition, because they must give up everything for the “sake of the community”.

Dr. John Hostetler, Amish Academic Who Said that Children Should Not Be Allowed to Learn Past the 8th Grade

In paragraph 6, the case summary, in agreement with Dr. John Hostetler’s statements, says:

“[Amish] children must acquire Amish attitudes favoring manual work and self-reliance and the specific skills needed to perform the adult role of an Amish farmer or housewife.

They must learn to enjoy physical labor.”

Hostetler left the practicing Amish to pursue higher education, and is considered an academic authority on the Amish; in reality, his excessively biased work — not worthy of being called scholarship — perpetuates harm against Amish women and children. In his testimony as an expert witness for Yoder, Hostetler claimed that high school psychologically harms a child, which contradicts his academic path after he left the Amish Church.

If school and the outside world harm a child so badly, why did he leave and go so far as to get his PhD? Why did he not return to the Amish Church the instant he realized how much mainstream America and higher education damaged him? E.g., Did he consider himself unsuccessful because he did not look like the image of a “team-oriented, hard-working Amish person” that the media pushed to the public?

Hostetler deliberately helped stop the enforcement of equal rights and freedom of choice in the practicing Amish community. His commitment to depicting the Amish in an idealized light in the court case, his two documentaries, and his publications show that he actively fostered the practice of keeping children uneducated, which in turn made him an enabler of child abuse. Hostetler knew what could happen if the children were allowed to receive an adequate education: they might become successful like him.

So instead of advocating for the children’s right to learn, he instead testified against the children: “Compulsory high school attendance could not only result in great psychological harm to Amish children, because of the conflicts it would produce, but would also, in his opinion, ultimately result in the destruction of the Old Order Amish church community as it exists in the United States today.”

Hostetler attained a rare higher education success and position in academia, not the life that 99.9% of Amish escapees ever experience. Instead of creating a better future for the children he left behind, Hostetler decided to push a different narrative for his own personal gain. By exercising his freedom of choice as a highly educated person, Hostetler took that freedom of choice and educational opportunity away for everyone after him.

Take our free 5-day Amish course, and learn how we can overturn this case!

To education,
K.F., Summer Intern for the Amish Heritage Foundation

What Really Is Rumspringa in the Amish?

Behind the Scenes on Everything You Need to Know About Ketamine

How to Make Your Visit to Amish Country More Rewarding

Why It’s Important to Advocate, Not Just Witness, For Those in Need