Wisconsin v. Yoder rests on the premise that all parents have their child’s best interests at heart, that they always make good choices, and that they are never dealing with mental or emotional health issues that cause them to struggle to be effective parents. 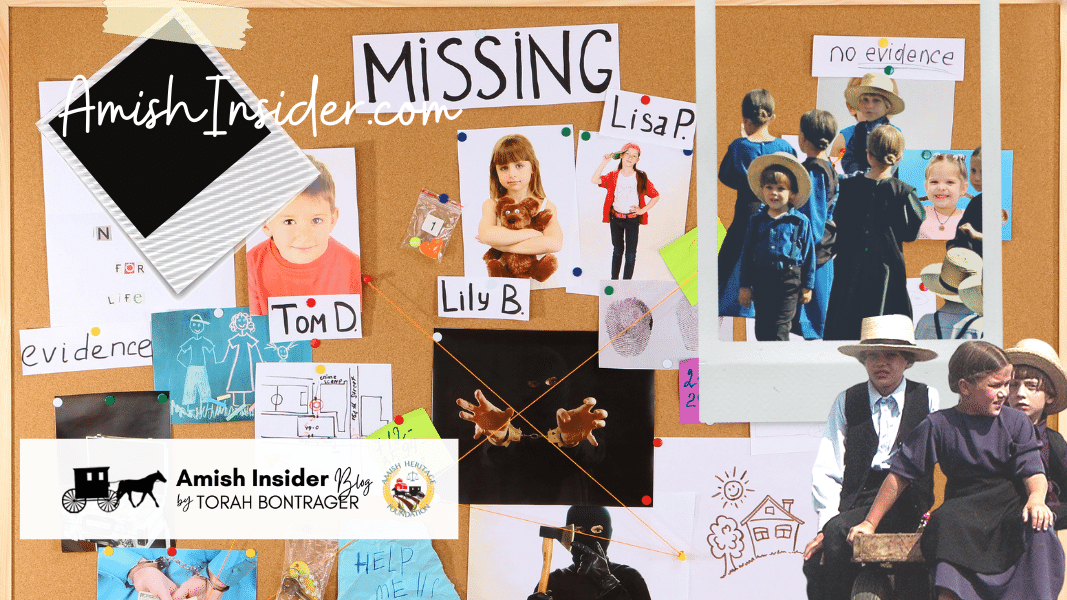 Traditional practicing Amish are forbidden from having their photos taken, even for family portraits. Many Amish children don't have social security numbers or other documentation to establish their existence.

“It is not a question of children,” said John W. Calhoun in 1971. He was arguing in front of the US Supreme Court about the issue of education and the Amish in Wisconsin v. Yoder.

The Supreme Court eventually ruled that the state of Wisconsin could not enforce its own laws in order to send Amish children to school after eighth grade.

Calhoun was clarifying that the case was not an issue of children not wanting to go to school but whether parents must send their children to school. According to these lawyers, the agency of each child was not relevant. The fire and enthusiasm for learning within each child did not matter. In this way, Calhoun’s statement reveals far more about the proceedings than he likely intended.

The arguments heard in this case make it clear that Amish children are not the priority for anyone involved. Instead, the lawyers framed this debate as . . .

. . . “the state’s imperative to ensure that the population is educated” against the Amish’s imperative to practice their religion by ending education at a certain point. Children were never the priority.

Defenses of yanking children out of school at eighth grade boiled down to dogmatic statements about interpretations of scripture and striking generalizations about the Amish as a whole.

William Ball, arguing on behalf of Yoder, makes such sweeping statements as “Amish education produces good people,” combined with the ringing endorsement that “the fact that they began in life as Amish children is not necessarily a crippling experience.”

Don’t our children deserve better than “not necessarily” crippling experiences? Do we not have a moral obligation to ensure that every child has the opportunity to pursue their dreams and thrive in their own way?

Wisconsin v. Yoder denied that children have a right to education in this country, and oral arguments lasted barely over an hour. A case that set a dangerous precedent — that children can be denied an education on the basis of their parent’s religious faith — took place by using children as props, controlled by their parents to be sent where they’re told. Instead of recognizing children as people, Ball’s argument relies on a fetishization of Amish life, projecting his own concerns about student activism and the welfare state onto a community with its own problems and challenges.

Are Amish traditions so fragile that exposure to any contradictory information will destroy it forever? The Amish Heritage Foundation doesn’t think so. If the principle of adult baptism is so crucial to Amish society, should the adults making that decision be aware of the full range of rights and responsibilities that they have as an adult in the United States? Faith is not the absence of temptation, but the decision to turn away from it.

It is the government’s responsibility to ensure that the rights of every individual are respected; they should always take the side of the most vulnerable. Ball argued that Amish parents deserved protection from the state of Wisconsin, but I would argue that Amish children deserve protection from their parents, just like we strive to protect and nurture every child, no matter their background. Wisconsin v. Yoder rests on the premise that all parents have their child’s best interests at heart, that they always make good choices, and are never dealing with mental or emotional health issues that cause them to struggle to be effective parents.

Wisconsin v. Yoder is a dangerous case, decided under misleading pretenses with little regard for what the impact would be on some of the most vulnerable in our society. It must be overturned.

Is It Possible for Religion to Play a Role in Ensuring Human Rights?

5 Interesting Things About Christmas That Will Surprise You