The very first law about education in what is now the United States was all about making people literate enough to read the Christian Bible. 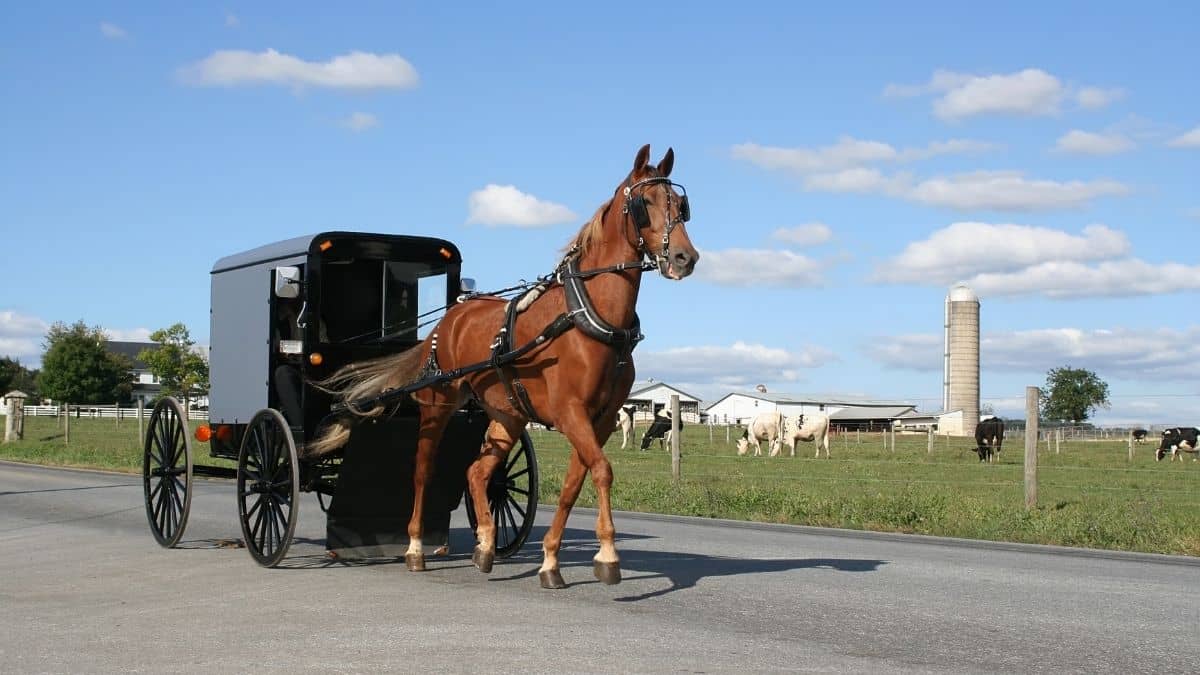 In order to understand what education in the United States is really about, take a close look at the history, philosophy, and sociology of American education. In this post, I’ll discuss how three (3) social and political forces––religion, economics, and democracy––have shaped the educational system from the Puritans to now. My hope is that with some historical context, you’ll see how those forces relate to or might affect Amish education, or how Wisconsin v. Yoder fits into all this.

Note: The final post in this series lists the references mentioned.

Religion was the primary force that influenced the educational system of what is now the United States. Religion was also the primary force that shaped the governing laws of the earliest colonies, such as Massachusetts, with the Puritans at the helm. In this example, religion served as both a social and a political force that shaped the educational system of the time. According to Carleton (2009), the first law created to require public education was the Old Deluder Satan Act, passed in Massachusetts in 1647, and the focus of that law was to ensure that children attained enough literacy to read the Christian Bible. Gray (2008) states that “beginning in 1690, children in Massachusetts and adjacent colonies learned to read from the New England Primer”, which was known colloquially as “The Little Bible of New England” (Gutek, 1991, as cited in Gray, 2008).

The 1647 law followed the earlier Massachusetts Act of 1642, which “stated that parents and masters of those children who had been apprenticed to them were responsible for their basic education and literacy” (Matzat, n.d.). The focus of the 1642 law was to ensure that citizens would . . .

. . . understand the governing laws, including civil and religious, of the colonies at the time; if parents or masters of children didn’t meet the government’s literacy standards, the government had the power to remove children from such homes and place them elsewhere that met the government’s educational criteria (Matzat, n.d.). This Act was the first law on compulsory education, but carried out within a private setting. The emphasis of the 1647 law is on religious literacy (as demonstrated by the name of the Act itself), and the law was a response to parent/master failure to educate children for the purposes of becoming religious law-abiding citizens who could read and understand those laws, religious and civil, for themselves.

The Puritans who came up with these laws were extremely religious and created a theocratic government, starting with the Massachusetts colony. They were no different from today’s theocracies like Iran, Saudi Arabia, and Vatican City. The Puritans didn’t believe in religious tolerance and the separation of church and state, despite having fled England because of religious persecution.

The First Amendment of the U.S. Constitution was a response to such religious intolerance, but even today, in the 21st century, the bitter battles over public and private education continue, with the disputes ultimately revolving around, in my view, religious beliefs or interpretations. For example, during the Trump administration, Betsy DeVos as the Secretary of Education made it her mission to dismantle public education even more than before and erase the Constitutional separation of church and state, such as funneling taxpayer money to private and religious schools that are unaccountable to the public (National Education Association, 2021).

The Religious Right increasingly wins this battle over education, and the separation of church and state keeps eroding. Unlike in 1642 when the Massachusetts government required basic literacy for all its citizens, the federal government of the United States today does not hold that citizens have a right to any education whatsoever. Yes, not even reading and writing. Almost no one is aware of this.

In the states that do declare that education is a right for residents, that right cannot be enforced under federal law. Any parent and religious institution can point to the 1972 U.S. Supreme Court case Wisconsin v. Yoder to claim the right to religious freedom to prevent their child or members from receiving any education that the adult’s religion, or the religious institution, disapproves of.

Yoder is hailed as a landmark victory for religious freedom in a case about education for Amish children, but it really was about pushing through extreme religious freedom for adults of any religion. This comes at the expense of American children’s right to religious freedom and their many other basic secular Constitutional rights, issues that were never acknowledged in the case.

Freedom and Democracy Absolutely Fail Children in the US