Think Secular Is Atheist? How the Christian Right Take Advantage of You

"Secular" has nothing to do with religion. You can be religious and secular at the same time. 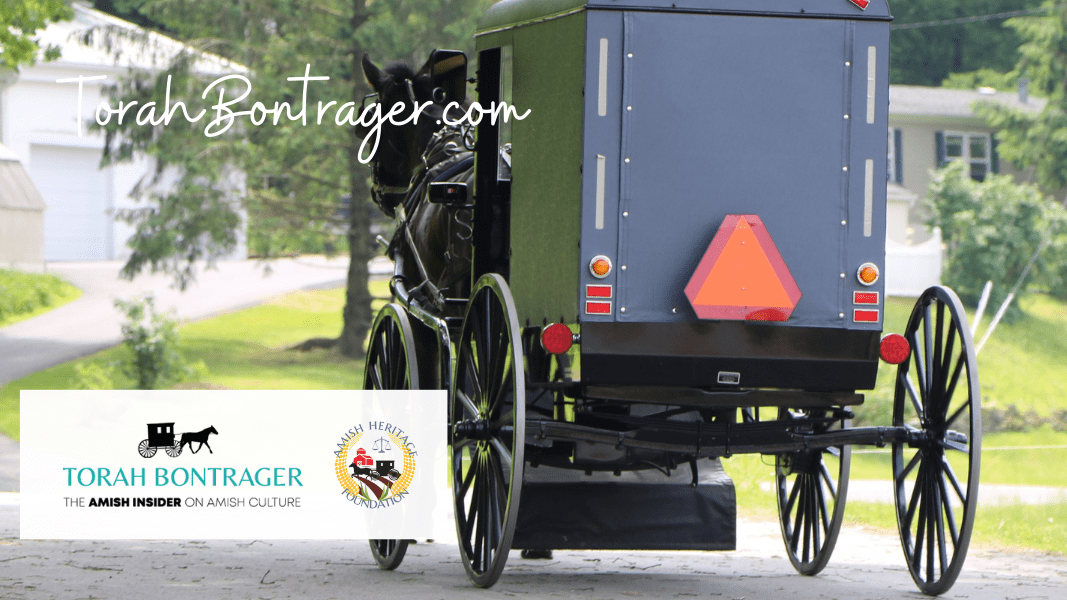 The buggy in the photo above is Pennsylvania style, as opposed to Midwestern styles.

The Amish Heritage Foundation (AHF) is secular, but we get accused by nonpracticing Amish––and others of Amish heritage––of being atheist. The belief is that “secular” equals “atheist”. That’s a completely false equation, perpetuated by religious people and institutions who for whatever reason have decided that secularism is evil and a threat to religion.

According to the HuffPost article “Secularism Is Not Atheism” by Jacques Berlinerblau, professor of Jewish Civilization at the Walsh School of Foreign Service at Georgetown University, the “religious right has profitably promulgated this misconception at least since the 1970s” and by “intentionally blurring the distinction between [the two], the religious right succeeds in drowning both.” As part of my research for this post, I ran across Berlinerblau’s article and was pleasantly surprised to see that he makes the same distinction between the two words that I do when it comes to their relationship to religion. That is, secularism is completely outside the realm of religion whereas atheism falls under religious debate.

Not everyone in the atheist camp likes my and AHF’s assertion that their views belong under religion. But as a philosopher who loves logic, it simply doesn’t make sense to me to put atheism anywhere else; and atheists should be willing to see that . . .

. . . this categorization isn’t an offense but purely logical.

And, of course, those in the fundamentalist religion camps don’t like my distinction either, because it exposes the lie they’ve been telling believers and questioners all these decades. That lie takes advantage of your fears, doubts, or lack of knowledge and goes something like this: if you advocate for the separation between religion and government, you’re socialist, communist, not an American patriot, anti-religion, going to hell, or otherwise sinful, evil, lost, or wrong.

To reiterate, “secular” and “atheist” are not synonymous––not at all the same. “Secular” has nothing to do with religion. You can be religious and secular at the same time by maintaining the separation of church and state.

“Atheist” makes a statement about religious beliefs. E.g., God doesn’t exist. “Secular” doesn’t. E.g., The fire department and police and emergency room at the hospital will aid you no matter what you believe or don’t believe religiously. Those are secular institutions. It’s not a requirement to believe a certain religion (or no religion at all) in order to get aid.

It’s in your best interest for an institution to be secular. Secular organizations are not your enemy.

If you’re questioning religion and would like a deconstruction of major religions, I recommend God Is Not Great: How Religion Poisons Everything by the late Christopher Hitchens. And if you’re wondering how to be both religious and secular, I recommend God Revised: How Religion Must Evolve in a Scientific Age by Galen Guengerich, who was AHF’s keynote speaker on day two of its inaugural annual conference.

Disclosure: This post contains affiliate links. When you buy through links on my site, I might earn a commission. If I earn a commission, I give it to the nonprofit Amish Heritage Foundation to empower Amish women & girls through education. Thank you for supporting me and AHF by buying through links in this post!

NOTE: When you click on an Amazon link, you’ll have the option to sign in via AmazonSmile. It’s exactly the same as the regular Amazon site, except with an extra feature: It’ll let you pick “Amish Heritage Foundation” for Amazon to give a percentage of your purchase to. This costs you nothing and helps AHF even more!

Did Your Parent Crave Your Attention? You Might Suffer From Emotional Incest.

Emotional or Covert Incest: 31 Eye-Opening Signs to Empower You to Get Help

When PTSD Overwhelms You, What’s the Solution? How Ketamine Saves My Life