Ensuring the safety of children and adult victims of abuse is not persecution and should never be framed as such. 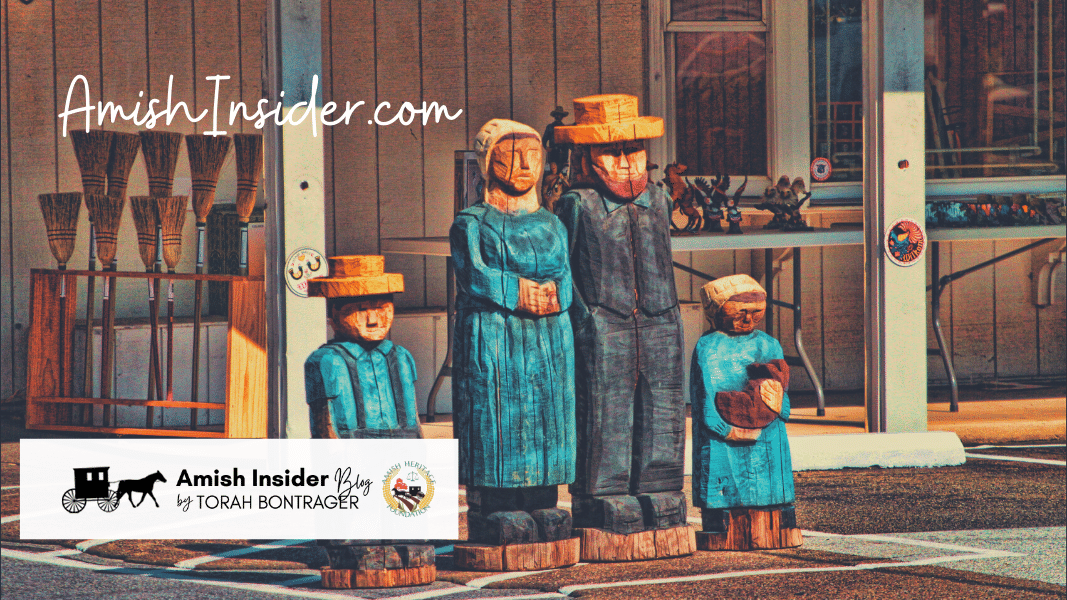 A wood carving of a traditional Amish family on display outside a country store that depends on the non-Amish tourism industry.

“Are those the horse and buggy people?”

You can be forgiven if that is your only knowledge of the practicing Amish population. After all, that is all that some people, most notably, higher-ups in Amish hierarchies and other religious fundamentalists, want you to know.

The Amish are not just quaint tourist attractions that make good furniture, like religious re-enactors who never break character. They are real people: born into the religion, educated until the end of the 8th grade, baptized, and married to another Amish teen or young adult. (Single at age 22 means you’re perilously close to spinsterhood).

Of course, given the fact that they are real people living in 2021, the question becomes “How do the Amish interact with outsiders?” The Amish Church rejects all technology that is not deemed absolutely necessary (modern medicine is okay, as are phones, as long as they aren’t located in the house––but only some communities allow phones while others forbid it; yes, Amish law gets very confusing!), but the sticky point is . . .

. . . whether the Amish are allowed to ignore the laws that apply to every other American.

Historically, the answer has been “yes.” Some examples are that Amish teachers do not need to meet any certification requirements at all, the Amish are allowed to ignore child labor laws and force their children to work, and there are no mandated reporters––at least not the enforcement of it, as is the case with many other laws that non-Amish American citizens would get fined, sued, or thrown in jail for.

The Amish are not a sovereign nation, completely removed from the rest of the United States. They drive their horses and buggies on public roads and sell their goods to outsiders. Yet they are treated as more sovereign than not when it comes to American legal rights and responsibilities. No other group gets this much leeway, even those with similar claims to religious exceptions, like the Mormons (who, it is noteworthy to mention, are often coded as a racialized and sexualized ‘other’).

In Wisconsin v. Yoder, the US Supreme Court decided that there was sufficient evidence to indicate that Amish communities are an idyllic place for a child to grow up and that the Amish never break the law in any way. The fact that the Amish were in court in the first place because of breaking the law seems to never have occurred to any of the Supreme Court justices. . . .

Among the many egregious ways in which Yoder was handled, the worst was that the children were denied due process.

No one ever appointed someone to represent the children and fight for their Constitutional rights, and none of the Supreme Court justices (neither Republican nor Democrat) bothered even mentioning that obvious injustice, one that is so unjust that the case should have been thrown out based on that alone. Today, we have accounts of widespread violence and sexual abuse but those were just as widespread in the 1970s, and generations earlier, when Yoder was decided.

In order to reckon with these facts, we must push through our own cognitive dissonance and recognize that the Amish are not characters in a morality play for our education, but real people, some of whom hurt others and need to be held accountable. In today’s climate of re-examining how criminal justice and policing works, we should not forget the many insular or fundamentalist religious communities that permit and forgive offenders with no consequences and shift the blame to the victim. Most of those communities still are not part of the ongoing national conversation.

This does not mean that we must demonize or persecute the Amish, but the patronizing exceptionalism that we have applied to Amish communities has to stop. Ensuring the safety of children and adult victims of abuse is not persecution and should never be framed as such. We need to reject any narrative that tries to boil down large communities of people to one thing. The Amish cannot be boiled down to their professed faith and excused from the law.

We are all humans and humans fail, but we need to stop failing the innocent who are most hurt by our decision to turn a blind eye.

Children deserve the opportunity to go to school, to choose their own path in life, to grow up in a safe, loving environment with people who can protect them, and spend their free time playing and learning who they are, not working without pay.

Why Sincerely Respecting the Amish Means We Need to Overturn Wisconsin v. Yoder