This documentary gives more inner life and personality to horses than women. The quotes uphold a particular status quo that tells the outside world to think of the Amish as quaint “others”, rather than as fully formed, complex people deserving of human and Constitutional rights. 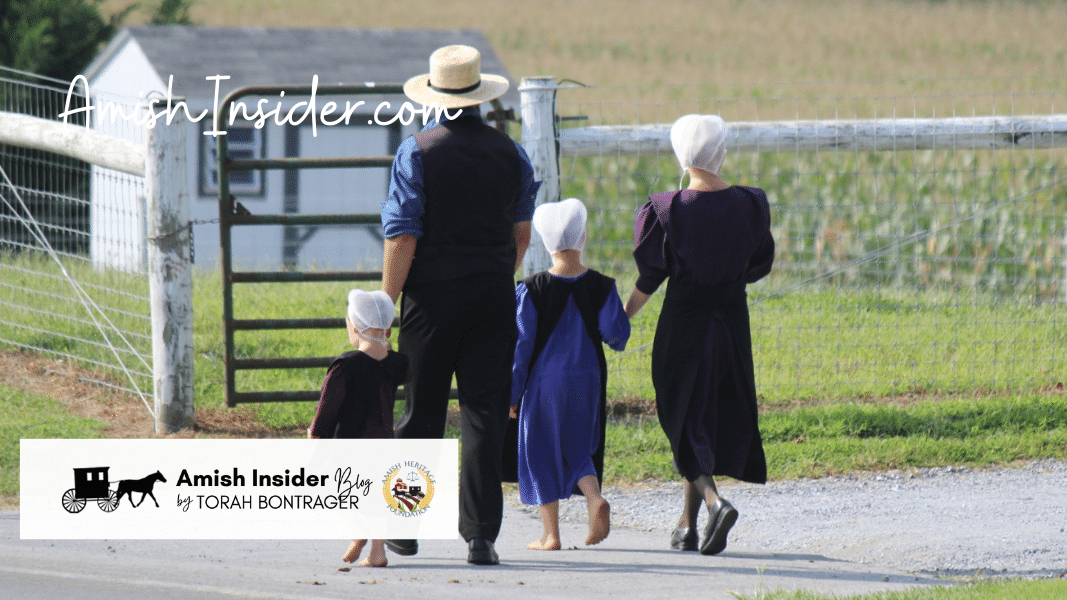 The 1975 award-winning PBS documentary, The Amish: A People of Preservation, and its slightly edited 2000 update have a remarkable ability to say truly absurd things in a dry tone over pastoral images that are meant to make the toxic messages go down easier.

This list contains 9 of the most absurd quotes––and my commentary. See if you can spot what’s so wrong about them.

IMPORTANT TO NOTE: The documentary is written and directed by all white males (mostly Mennonite, i.e., not Amish) and features . . .

“Here, the father can be confident that his teaching at home is not cancelled out in his children’s education.”

What you learn at home should never be challenged because parents are perfect.

“Their families need them economically, and that gives them a sense of worth.”

Children have to earn their keep and what’s most important is that they recognize and internalize their parents’ economic need for them to work in the fields rather than be at school. Especially since any technology that might make their labor unnecessary is “too modern”, at least until the powers that be declare it otherwise.

“From his gang, he will choose his girlfriend.”

Yes, gang. That is not a typo.

This is the real basis for a healthy, equal relationship: teenage boys choosing from generations and generations of a limited gene pool. I mean, incest is not an issue and divorce is always an option, right? Right?

“Their parents do not have to look far to see what they do not want for their children.”

In the documentary, the image that accompanies this scene is young girls at color guard practice, the scariest image that anyone could think of, clearly.

The quote likes to pretend that this concern is not gendered, but whereas male vanity and showing off gets a cheerful extended anecdote, teenage girls minding their own business are portrayed as the height of immorality and sinfulness.

After all, think about how corruptive being on a team with other girls could be.

“The teacher is usually a young woman with a grade-school education.”

I know that I felt like I could run out and immediately become a teacher after 8th grade. It’s not like fractions are hard or anything. Education degrees are just for show.

“It’s unheard of to be insolent.”

Every happy child you know is always perfectly obedient, right? Robotic compliance tinged with fear is the natural state of children and not a sign that something might be really, really wrong.

“The girl’s head is always covered and she always wears an apron––a symbol not only of humility, but readiness for work.“

Fun fact: When you search for child labor in stock image sites, you never see pictures of Amish children who are required to display their readiness for work and leave school, disregarding compulsory education requirements. Instead, you see pictures of children in other countries, with brown skin. I wonder why that is.

By the way, this quote shows up in the 2000 version of the documentary. After the 1975 version almost entirely ignored women, they seemed to have felt that this was enough extra information about Amish women.

“The boy always takes the initiative in asking for a date and in choosing the girl he wants to court.”

According to Wikipedia, the comic strip that inspired Sadie Hawkins dances ran in 1937. That progressive, feminist year, 1937.

And initiative? As if Amish girls were even allowed to have control over their dating lives. How dare a girl ask a boy for a date!

(Also, all Amish are straight. This is the only population not cursed with LGBTQIA+ people.)

“As long as the girl wishes to be Amish, she finds women’s liberation ridiculous. But if she becomes marginal in her loyalties and begins to look elsewhere for her identity, it’s another story.”

Because being Amish is like being in a monogamous marriage: even examining other options is akin to betrayal. It’s immoral to consider different ideas of self-expression and identity, let alone ask to not be discriminated against on the basis of your gender.

Just in case you weren’t clear on this, Amish girls find “women’s liberation” ridiculous because it would mean that their Constitutional rights as American citizens would have to be acknowledged and enforced.

The quotes from this documentary, and others like it, serve to uphold a particular status quo that denies children the right to an adequate education and demands that the outside world think of the Amish as quaint “others”, rather than as fully formed, complex people with a variety of experiences and deserving of human and Constitutional rights.

The fact that a documentary such as this––one that gives more inner life and personality to horses than women––was produced by PBS and received critical acclaim shows how deeply rooted and embedded the culture of white male supremacy is. Despite advancements in women’s rights, misogynist fears about women being a meaningful part of the halls of power remain. Dramatically little of male superiority culture has genuinely changed over the past 100 years.

The documentary demonstrates the urgent need to overturn the policies championed by the film, most importantly Wisconsin v. Yoder, which denies a child’s right to an adequate education––or any education at all for that matter.

Can We Please Talk About Gender? “The Amish: A People of Preservation”